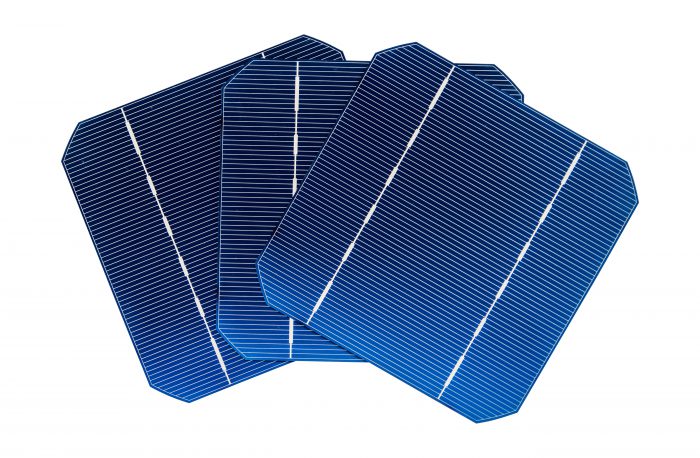 If you want to read the previous episode of this series, you can find it here.

To understand how solar energy works, and therefore how solar panels are made, I had to go back to school this week. I asked questions to Büşra (CTO) and Chiraag (R&D), I studied hard, and I thought about the concept of energy, in general. I am no expert in quantum physics but I believe there is a lot of philosophy involved in energy. As a matter of fact, in ancient Greece, philosophers were also scientists; later, the concept of the Seven Liberal Arts was adopted by Romans during the Roman age and promptly split into separate subjects in schools in the Middle Ages.

Basically, it all starts in the structure of the smallest unit of matter that has the characteristic properties of a chemical element; the atom. The electrical energy is just there, in every molecule, in every atom. The energy is in nature, in the mass, in the matter of planet Earth and more broadly of the universe.

It might sound obvious, but to me, it is quite enlightening. It is just another hint of how much natural, renewable energy, and solar energy in particular, surrounds us in our daily lives, entirely unnoticed and unexploited. Since our earliest days, mankind has constantly sought to better understand the world around us and, especially in the industrial world, this research was meant to discover new technologies to improve our surroundings and our lives. Considering the state of our environment, it seems more important than ever to use these abundant sources of energy that surround us every single day, like sunlight for example. Let the sun do the work!

Every element has an energetic potential, an electrical charge, given by its internal structure. The protons in the atom’s nucleus carry an inherent electrical charge which is positive, while the electrons orbiting around the nucleus carry a negative charge. This difference in charge is why they are attracted to each other with the electromagnetic force, which holds an atom’s nucleus and electrons together. When two particles have the same charge, they repel each other and when they have a different charge, they attract one another. This is also the basis of electric currents, which can work in different ways.

Solar cells are primarily made of silicon (and not silicone!), the second most abundant element on Earth (after oxygen). The top layer of the silicon solar cell favors the attraction and movement of electrons. The bottom layer, on the other hand, favors the attraction and movement of particles that have lost electrons. Sandwiched between them is a layer that has a slightly positive charge. A photon travels through the top layer to the middle layer where it can knock an electron away from its particle. The electron then moves to the upper layer, which is more attractive for it,  whereas the particle missing the electron moves to the bottom layer. The movement of electrons is basically what electricity is. The photons activate the movement of the electrons, giving them the energy to move. If you feel kind of lost, as I did myself when I approached this topic, this video by SciToons might be helpful. This other video by Lesics goes even more into detail if you prefer. Below, you can enjoy a simplified diagram my colleague Erik helped me to draw.

The architecture of a solar cell is created in such a way that a circuit is allowing the electrons to move along a specific path. This architecture allows us to connect multiple solar cells, and multiple solar panels. The solar cells are all wired to each other with silver-coated ribbons, called busbars, to create a bigger circuit, a string or series of cells. Various strings of cells are then further connected to each other in a PV (photovoltaic) module, or solar panel. Lastly, multiple solar modules can also be connected to one another resulting in a string or series of solar panels.

Next time I am going to tell how we manufacture such solar panels in our production facility in Roosendaal, the Netherlands.